Jody Waits is the recipient of the 2020 Professional Achievement Award! 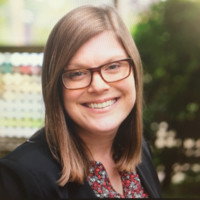 For the last two decades, Jody has steadily made significant impacts at Women Funding Alliance, Girl Scouts of Western Washington, the Pride Foundation, and at YouthCare where she currently serves as the Development and Communications Officer.

“Jody has never been afraid to take risks, think outside the box, and lead a bold new way forward,” said Asa Tate, Chief Development Officer, Wellspring Family Services and 2019 Advancement Northwest President. “Her one-of-a-kind energy, personality, and talent have provided great service to many nonprofits and development professionals in our region.”

Jody has led and accomplished major efforts in her 20+ years of fundraising, but what her nominators all emphasized was not only her fundraising acumen, but her heart, her warmth, and her generosity of spirit.

“She is a visionary, an inspirational leader with audacious ideas, a huge heart, and an infectious, raucous laugh,” said Kate Dabe, Vice President of Strategy at Girl Scouts of Western Washington. “These qualities and a tremendous amount of hard work and commitment have allowed her to make an outsize impact at every organization that has been lucky enough to have her.”

Congratulations, Jody! It is our honor to present you with the 2020 Professional Achievement Award.

We look forward to many more decades of your leadership, mentorship, and advocacy.

A public celebration in Jody’s honor is planned to be held later in 2020, dependent upon the current world situation.

The annual Professional Achievement Award honors a fundraising professional who exemplifies the highest standards of the profession, shows personal integrity, and whose work has made a clear difference in philanthropic missions across our community.

Started by the Northwest Development Officers Association in 1985, the Professional Achievement Award continues to be the pinnacle of achievement for fundraising professionals in the Pacific Northwest.

Awardees are listed with affiliations at the time of each award was given.