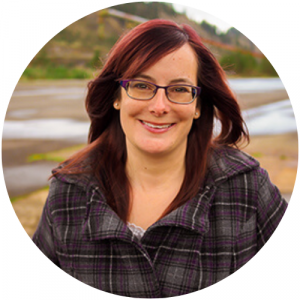 Brandi Bednarik switched to non-profit work in 2008 and hasn’t looked back. She came to the nonprofit world with a finance and construction background, which has been helpful at Grays Harbor Historical Seaport where she has served as Executive Director since 2016. She is responsible for converting a 34-acre abandoned industrial property into a public waterfront development. The Seaport also owns and operates Tall Ship Lady Washington, the official ship of the State of Washington.

She started a fundraising department in 2016 at the Seaport and has increased their fundraising by over 400%. Brandi is excited for the future of the Seaport and loves being part of such an amazing project from the ground up. While at the Seaport she has taken leadership classes, masters fundraising classes, grant writing classes, and board training and development workshops. She believes that continued growth is incredibly important for both personal and professional development. She is passionate about mentoring other new fundraisers and new executives, especially those who may not have easy access to resources.