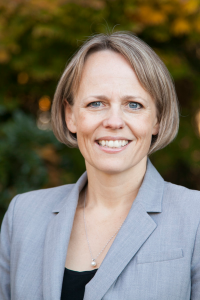 Anna O’Donnell has served as Director of Development at the Burke Museum since 2007. In her lengthy tenure at the museum, she increased unrestricted giving by 800% and led the $107 million Campaign for the New Burke. After a decade of planning and building, the new flagship museum opened in October 2019. O’Donnell is a proud member of the stellar UW Advancement operation and the Burke’s leadership team. She believes that nonprofits should stick together and share best practices in order to maximize the resources needed to serve the community—our best work is done together.